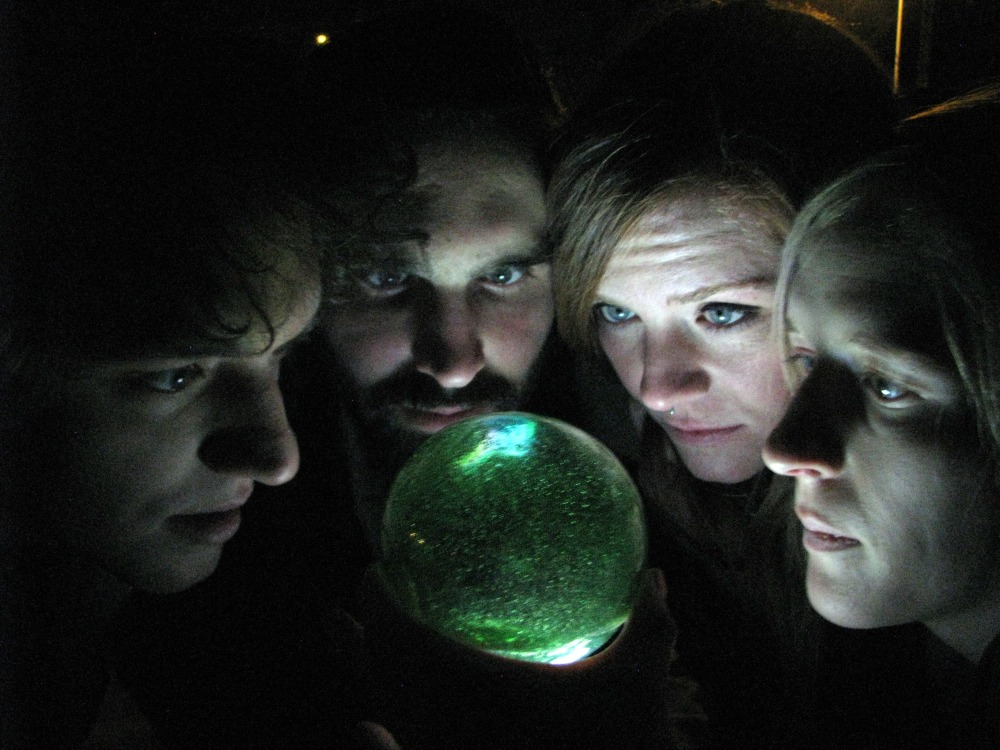 Straight On ‘Till Morning

Oh Peter Pan, what have they done to you? They’ve turned you into a dull as wood, French whorehouse receptionist named Gagnon who is slowly losing her memory but gaining a past life in her dreams thanks to a jealous spell cast by a lovesick Roma witch/psychic. What’s worse my dear Peter, is that they make us trudge through an hour of Gagnon’s dream sequences and past life remembrances, a non sequitur relationship with a Julia Roberts-like squeaky clean hooker and a creepy romance with a man named Darling before we even realize it’s you they are talking about.

I’m sure when Camille Pavlenko wrote, Straight On ‘Till Morning (a title taken directly from J.M. Barrie’s classic novel when Peter gives Wendy directions to Neverland  i.e. “Second star to the right and straight on till morning’) she did so with the best of intentions for our beloved Pan. After all, who wouldn’t like to know what happens to Peter and Wendy after she returns home to her parents and he goes back to Neverland? However, I can’t imagine that anyone, in their wildest Pan-inspired spirit of make-believe, would have come up with such a convoluted, incongruous, hot mess of an epilogue/sequel as this play.

Set aside the ridiculous premise and the cobbled together ending that has three of the four characters turning back into their Peter Pan personas, Straight On ‘Till Morning, doesn’t even work when it’s playing it straight. Pavlenko’s contrivance-filled dialogue hovers somewhere between oddly formal (“Birds, never have I seen such birds”) and a stilted conversational tone (“What do I care about you. Who are you?”). In either case, it’s the sound of the play talking we hear, not believable characters. But then with characters so thinly drawn what could they possibly have to say? There’s Gagnon (Kelly Malcolm) who is so soulless that even memory loss can’t make her hollower as a character. James (an overly broad and laughably brooding Ian McFarlane), the Roma witch seems only capable of comical menace or passive aggressive jealousy. Liliana the call girl (played with morning show perkiness by Jennifer LeBlanc) fits into the story like a square peg. Finally there’s Darling (a capable Ryan Reese), whose deepest moments are spent thanking people for something he can’t place his finger on. Collectively they are an exhaustingly tedious, one-dimensional bunch. Oh and did I mention they are in Paris? No? Well that’s because other than some clichéd accordion playing of French sounding tunes at scene changes, and just a smattering of actual French-speaking about halfway into the play, the city setting is totally irrelevant to the plot.

But even tedium and irrelevance is preferable to the sloppy, goofy mud-pile of dialogue and plot that occurs once the Peter Pan transformation happens. Up until this point, Director Geneviève Paré manages to eke out some lovely staging during the dream sequences using shadow, bed sheets and understated movement. But once the tick tock of a crocodile hungry for more of Captain Hook sounds off, it’s like nursery playtime on stage. There’s nonsensical running about, half-hearted fighting, fake sword-play and out of the blue merriment that simply doesn’t fit with the mystical, gloomy mood that’s come before it.

Ian McFarlane, who also doubles as set designer, gives the cast a well-conceived tightly designed space to move around and Lisa Floyd’s lighting gives gravitas to the narrative where the dialogue and characters cannot.

I distinctly remember my first exposure to Peter Pan and feeling  that even if I grew up and stopped playing make-believe, I would never forget Peter and the lessons he taught us. Now as an adult encountering  Peter again through this play however, I may need to take a page from Gagnon’s story and hope that my memory of this unfortunate chapter fades quickly and never, ever comes back.

For everyone – While one cannot help acknowledge the work and effort that this emerging playwright and these emerging actors put into the production – the results are so off the rails in so many directions that any enjoyment is utterly neutered. SKIP IT