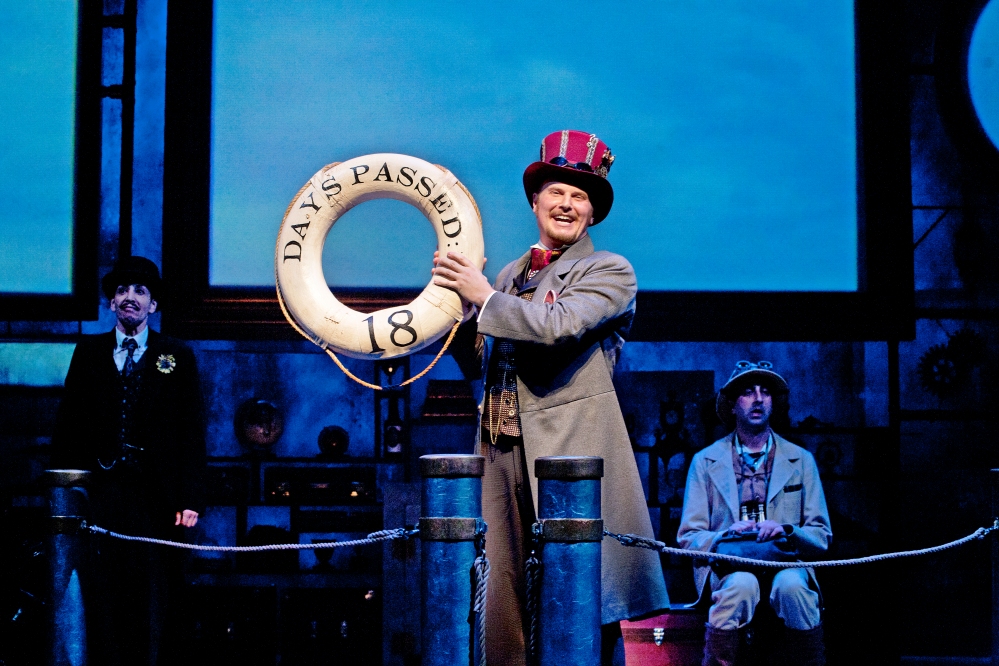 Around the World in 80 Days

Listen to my full review of Around the World in 80 Days on CBC’s Calgary Eyeopener at http://www.cbc.ca/eyeopener/columnists/theatre/2013/11/25/jessica-goldman-reviews-around-the-world-in-80-days/

For the kids – The 10-year-old girls I went with (who previously had never heard of Around the World in 80 Days) throughly enjoyed themselves, laughing at all the different characters, accents and zany situations. Whether they should have been made to laugh at some culturally insensitive to downright racist material however, is questionable. MAYBE SEE IT

For the adults – Clever running gags, self-aware comedy that deprecates the plot, gorgeous production design and great energetic performances will keep your interest up. But a mature viewing of this play can’t help but notice the offensive cultural depictions in the script and that might make you wince instead of laugh. MAYBE SEE IT

For the occasional theatre goer – While the story is thin on plot, the result is still loads of fun. Three actors playing twenty characters will wow you and the gorgeous design will make it feel like a special night out. SEE IT

For theatre junkies – There is no doubt that the talent on stage, in the director’s seat and throughout the design team in this production is worth your attention. But if the inappropriate racist elements can’t be weaned out in a modern telling of a story originally written in 1873, then perhaps no matter how gorgeous the production is, it’s time to retire this play. MAYBE SEE IT