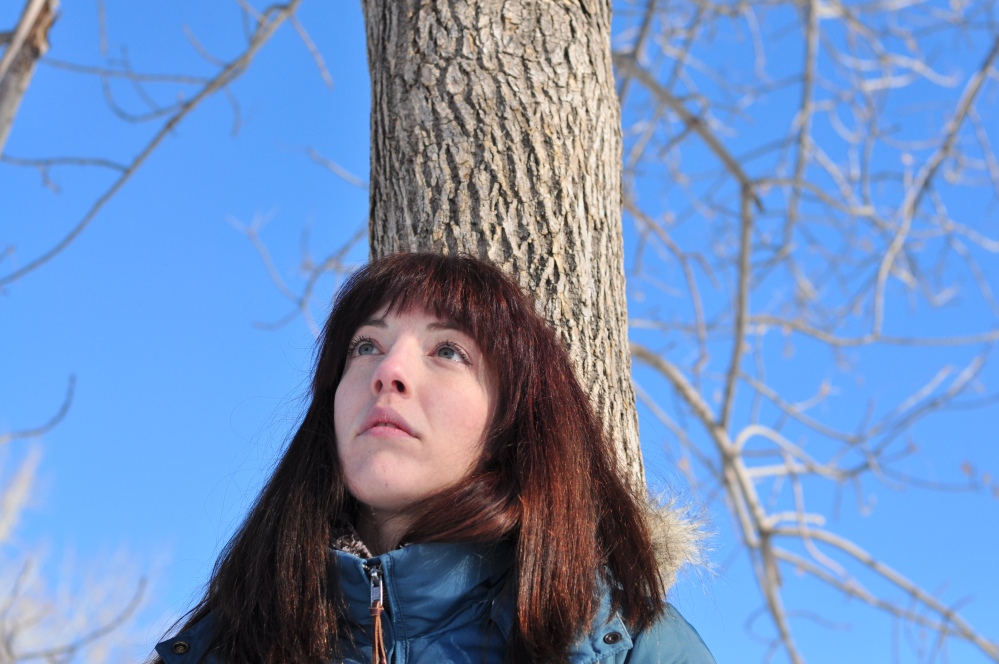 There are some shows you can review without giving away the twist that makes the plot tick. Badger, the latest play by Andrew Torry, isn’t one of them. The twist, you see, is the hook from which all drama in this one-woman, multi-character issue play hangs and to keep it secretive would result in a skeletal review at best.  So, the spoiler alert has been given and you now have a choice. If you want to know whether I’m recommending you see this play, then skip right down and glance at the ratings really fast through squinty eyes. But if you want more information and insight to help you decide if this play is for you, then read on.

Badger, the winner of the 2012 BSMT Dwellers Playwriting Competition takes on the socially charged issues of religion, abortion and organ donation and wraps them in a story about sisters. Hester grows up in a devoutly Evangelical Christian family with a younger brother Glenn and her older sister Charity, whom she adores and shares a close bond. We see them playing together, praying together and sharing bedtime chats. We also learn that Charity has a liver condition that causes great occasional pain and will one day cause her untimely death unless she gets a transplant. As much as Hester loves her family, her dream of becoming a science teacher necessitates leaving home to attend University where, away from the strict protection of her parents, she meets and becomes involved with a boy.  Somewhat jarringly, before we have a chance to become accustomed to Hester’s new reality, she finds herself pregnant and in a quandary. Can a pro-lifer have an abortion if she feels it’s the best thing for her future? In Torry’s play the answer is decidedly yes and it’s this decision that sets in motion the remainder of the plot arc. Sisterly rejection, family ex communication, secrets from a soon to be husband and Hester’s broken hearted need to be loved and accepted by her kinfolk make up not only Hester’s own emotional baggage, but the audiences’ empathy for her as she spends the rest of the play trying to get back what she has lost. That is, until an opportunity to literally sacrifice a piece of herself for her sister arises that might bring back Charity’s love and her family’s approval.

Rather than give us a play that tackles the ethics of abortion and handcuffs of religion straight on, Torry uses the old pill in the applesauce trick to make us take our medicine. We are somewhat distracted by what could have been a preachy and insufferable “issue” play, by the decision to focus the narrative instead on the sister’s volatile rapport. Early on, Hester describes her and Charity’s relationship through the metaphoric hunting dynamic of the coyote and the badger. A coyote she says, while stronger and more cunning (Charity), will often hunt with the badger (Hester) for prey. But every once in a while, given the right circumstances, the coyote will turn on the badger and rip its throat out. It’s this throat-ripping that motivates Badger and shapes the story. Unapologetic in its views (and believe me, from the characterizations in this show there is no doubt that Tory has views on these subjects), the play never shies away from unpleasant characters, uncomfortable situations and ambiguous outcomes.

Under the almost dance-like, beautiful direction of Barrett Hileman, Badger thankfully does shy away from the overwrought and melodramatic. The abortion and aftermath scenes in particular were skillfully staged; evoking emotion without stereotype and shunning biased theatrics. For sure there will be people offended in one way or another by the politics behind these scenes, but provocation when it’s not shoved down your throat is a refreshing change that was handled here with aplomb.

But really, the success of Badger lives and breathes with the acting and Heather Pattengale is more than up for the challenge. Playing all twenty-something roles in a play is, by now, the expected output of most solo performers. And Pattengale is quite wonderful at morphing from lead character Hester to her sister to an abortion clinic doctor to her brother Glenn to her future husband etc. But it’s not so much the transitions here that compel, it’s Pattengale’s unabashed emotional commitment to the story as a whole that makes her so intriguing to watch. The dialogue in the show is written for Hester in the first person as if she were having a real or imagined conversation with her sister. “Then you said”, or “After you left”, are oft-used devices to allow Hester to both command the play’s voice and switch to those she’s talking about. Regardless of which role is center stage, the performance is electric. Whether artfully playing an enthusiastic and impish young Hester or a repressed churchly mother, Pattengale is all in, elevating the show from a well-veiled ethics class to a story about characters we feel we truly know.

Yet at the end of Badger, with its entertaining and intriguing moment by moment elements, I’m not sure what the playwright was trying to say. Through distinctly unlikeable characters and despicable behaviour, Tory does show us which side of the ethical divide he’s on and which characters he wants us to connect with, but so what? A play without credible tension between philosophies ends up being nothing more than an op-ed essay and Badger, with all its clever sister narrative bells and whistles  feels little more than that. This doesn’t stop the show from being good, the audiences is happily along for the ride. But it stops it from being great. Watching a coyote rip out the throat of a badger may be thrilling but it’s only when a coyote is equally matched with another coyote that true drama is born.Heathe

For the pro-life/religious minded – I don’t want to tell you not to see it, but be warned, your views are not sympathetically portrayed in this show.  In fact, everyone who opposes Hester’s choice is made to look shallow, unfeeling and cruel in a dismissive, passive aggressive kind of way. And theatrically, this is the weakness of the show. MAYBE SEE IT

For the pro-choice – The weakness in the ‘other-side’ won’t bother you as much (even though you will recognize the deficit) and you will be intrigued at the mixture of Hester’s faith alongside her decision. It’s certainly a story you haven’t heard before and Pattengale astounds with her talent. SEE IT

For the occasional theatre goer – There are a number of directorial and script affectations that might confuse you (Hester sneezing and blowing her nose inexplicably throughout the play and a number of surreal dream sequences for example). But it’s a story you can get caught up in and a performance that will thrill you. MAYBE SEE IT

For the theatre junkie – Funnily enough, the affectations that might bother a less rabid theatre goer will also irk you. Not out of confusion but out of irritation knowing they are cutesy and unnecessary ploys in an otherwise unpretentious script. And of course the lack of credible foils will present a problem as well. But with many moments of sublime direction and a solo performance that grabs you and doesn’t let go, you’ll forgive what doesn’t work in the moment and enjoy. SEE IT