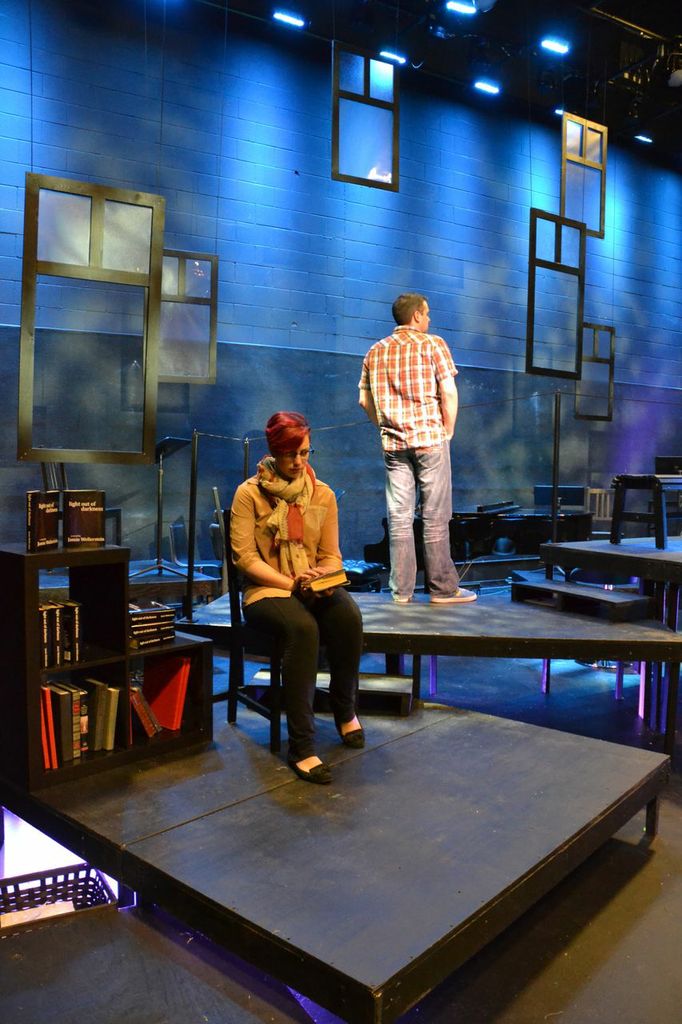 Madeleine Suddaby and JP Thibodeau in The Last Five Years

Every once in a while a theatre critic gets so crunched for time that she simply cannot manage to do an on-air review of a show AND write an additional online version as well. Unfortunately this is one of those cases. Which is in no way to say that this immensely talented cast isn’t worth oodles of my time. They are and then some. The play and direction a little less so. To get the full review experience, here’s my review from Calgary Eyeopener http://www.cbc.ca/eyeopener/columnists/theatre/2013/06/18/jessica-goldman—the-last-five-years/

Or if you simply want the bottom line (and shame on you if so) here’s my rating:

For the guys – No doubt you will sympathize with Jamie, the husband. And why wouldn’t you. He’s by far the more reasonable character in this thin,unevenly written musical. But with a superlative cast, some great numbers and a terrific live band, much can be forgiven. SEE IT

For the girls – Yes Cathy is weak, submissive and save one or two moments, quite pathetic. It may anger you. But don’t let it get in the way of enjoying two of the best musical performances you could ask for. SEE IT

For the occasional theatre goer – The forwards/backwards chronology of the storytelling and the fact that the two characters barely interact might not be to your liking. But there is no arguing about the talent of the actors and the quality of the music. The standing ovation was fairly universal. MAYBE SEE IT

For the theatre junkie – Yes, I know there is a lot wrong with this musical. The ethnic element that doesn’t really go anywhere, the unevenness in the couple’s flaws, some unimaginative and stiff direction and lighting that seemed lacking for half the stage. But oh to see Madeleine Suddaby and JP Thibodeau knock it outta the park!! You haven’t seen actors give a better musical performance this year. Especially Suddaby, who professional companies had better start paying attention to or risk being called utter fools. SEE IT

PLEASE NOTE – There are four actors trading off parts in this production. My review is specifically for the show I attended which featured the mentioned cast. I cannot vouch for the alternate performance.